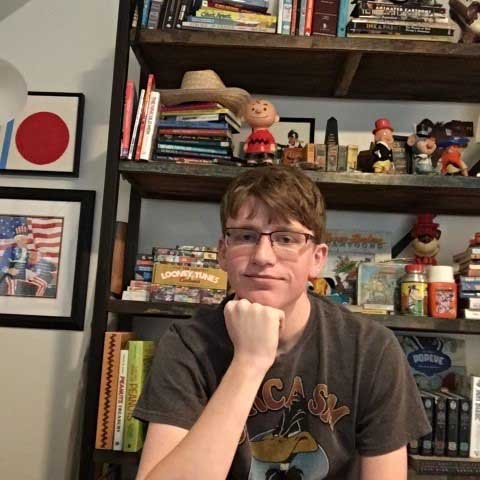 I am currently a student at UAB working toward an Individually Designed Major in film history and writing. As someone with such a narrow major, I have many career goals, and working in a library has been one of my biggest ambitions. When I'm not working, I collect, research, and write about animation and film history. Film and animation collecting isn't just a hobby for me, it's a live passion that I live and breathe.

Over the course of my life, I have collected thousands of toys, comics, film reels, and animation art. I also contribute a lot to the animation history community. I write my own blog, Termite Terrace Headlines, and am a frequent contributor to animation historian Jerry Beck's blog, Cartoon Research, where I write a column called The Spies Report. I also frequently have appeared on podcasts and have hosted comic-convention panels. I have also been fortunate to consult on independent documentaries and host museum showcases.

As someone with a vast collection, I am enjoying organizing and shelving at ONL. It's a fun place to work for a person like me who’s detail oriented and is running out of bookshelf space at home. I love reading comics and nonfiction books about film. Just a few of my heroes include Walt Kelly, Charles Schulz, Max Fleischer, Laurel and Hardy, Bill Hanna and Joe Barbera, Chuck Jones, Friz Freleng, Jay Ward, Walter Lantz, Tex Avery, Bob Clampett, and Ward Kimball. My favorite books on animation are Leonard Maltin's Of Mice and Magic and Terrytoons veteran Gene Deitch's memoir For the Love of Prague, arguably one of the most exciting memoirs ever written.